Looking for a typing course suitable for an AZERTY keyboard?

Look no further! Our online typing course TypeTopia is suitable for both AZERTY and QWERTY keyboards.

What is the difference between an AZERTY and a QWERTY keyboard?

The order of the keys on a keyboard differ per country. The keyboard layout can be recognised by the first 6 letters on the keyboard: these are the letters AZERTY or QWERTY. A QWERTY keyboard has been designed for the English language. An AZERTY keyboard makes it easier for you to type French texts.

Learning to type on an AZERTY keyboard (Belgium)

The keyboard layout used in Belgium is AZERTY. This type differs from the Dutch and English version on several points. First of all, the Q and A have been exchanged and the M has been moved up one row.
In addition, special characters such as the exclamation mark, the question mark and the pound symbol are in other places.

Do the free trial lesson

We have therefore adapted our TypeTopia course perfectly to the AZERTY keyboard. This means that the letter sequences in the course, and the order of the letters that are taught, are specially adapted to this keyboard. Even the practice texts have been adapted so that you learn the right letters at the right time. We can safely say that it is a true AZERTY typing course .

Learn to type on a QWERTY keyboard (UK and the Netherlands)

The keyboard layout used in the UK and the Netherlands is the QWERTY layout. This layout is mainly recognisable by a vertical Enter/Return key. In addition, the Backslash (`) is located to the left of the Enter/Return key and there is a smaller Shift key with a tilde/grave accent key (`) next to it.

Do the free trial lesson 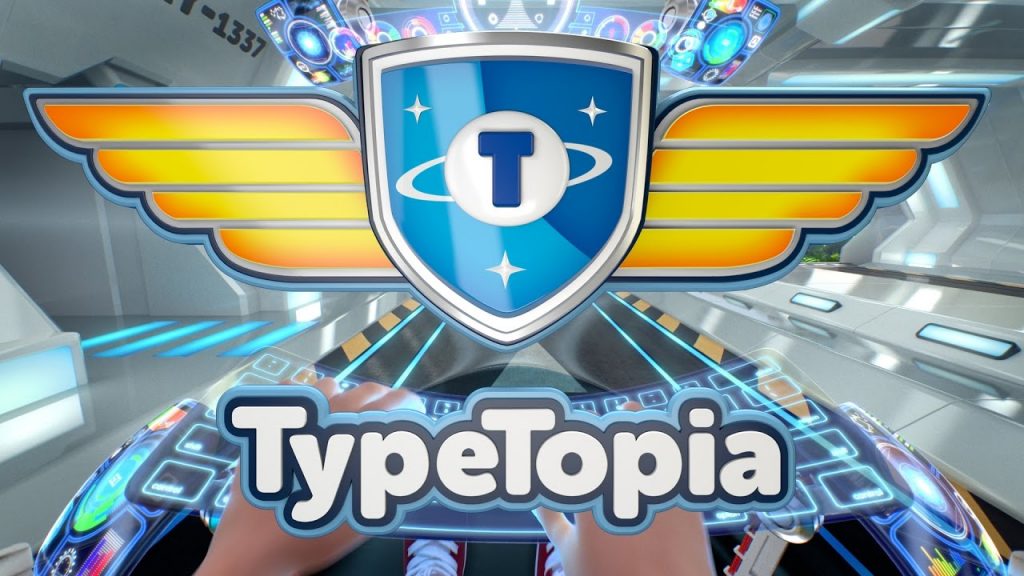 TypeTopia, the most exciting touch typing course in the universe!

At TypeTopia, your child learns touch typing super fast with a challenging adventure. Experience how TypeTopia works through the free parent or child trial lesson.

Do the free trial lesson right now
How does TypeTopia work?

Why do different keyboard layouts exist?

On the very first typewriter, the letters on the keyboard were in alphabetical order. Some frequently used characters were therefore close together, which caused problems because the letter rods got stuck.

Therefore, the letters were moved to create the QWERTY keyboard. This is not necessarily the ideal layout for fast typing.

Later on, in different languages and areas, other versions such as AZERTY and QWERTZ and different versions of the QWERTY keyboard were used in, for example, Spanish-speaking countries where certain punctuation marks occur more frequently.

Experience for yourself how TypeTopia works.